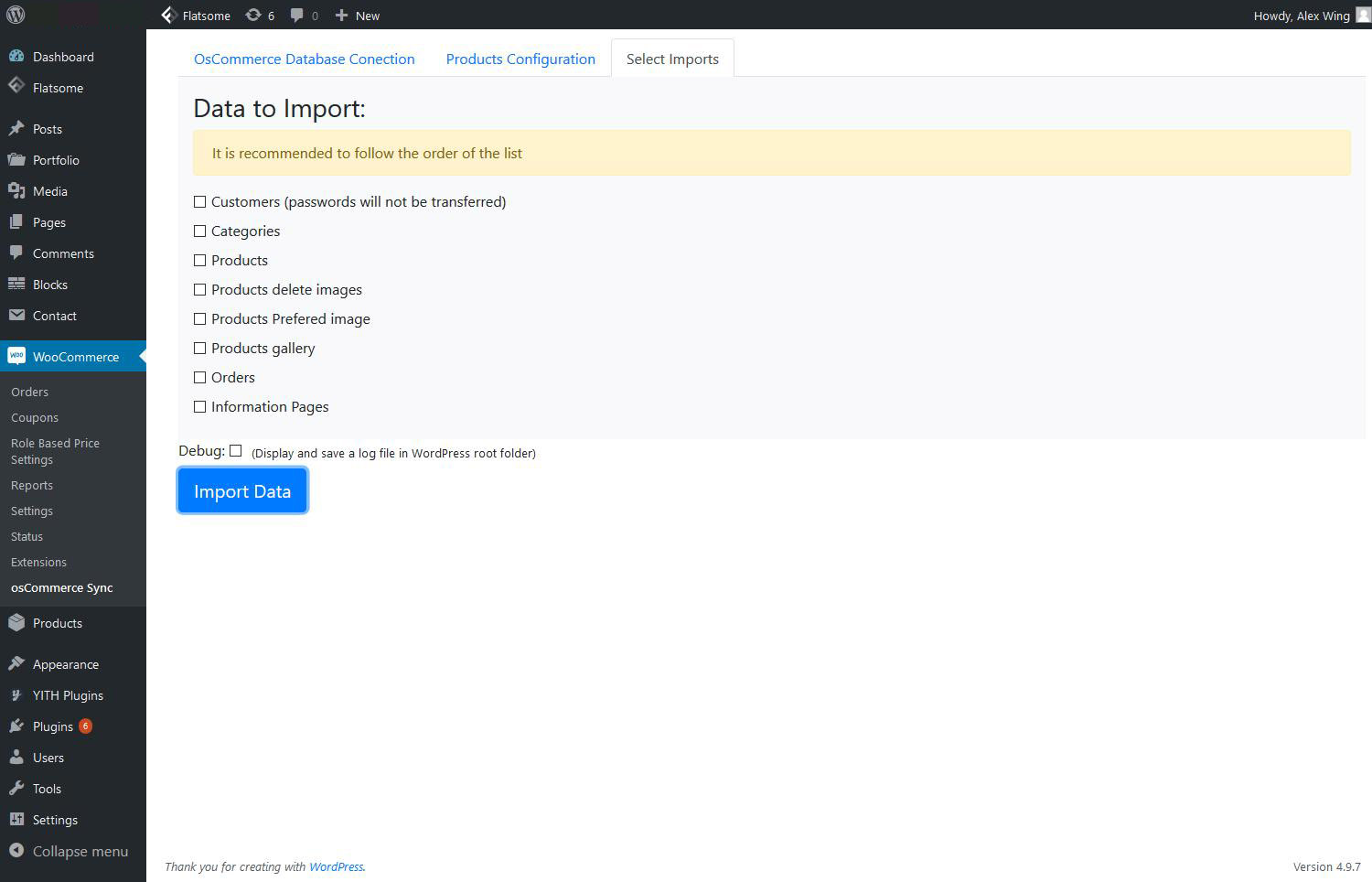 Code on GitHub
Plugin in WordPress.org

All products and categories will be imported at once (import is not staggered yet). If you have a lot of products to import and it is timing out just run the importer several times until all products are imported (products that have already been imported are skipped over).

If there is enough demand I may added a staggering system to avoid timeouts.

Note that when importing customers the passwords from osCommerce are NOT copied over due to the MD5+Salt encryption. New passwords are generated, imported customers will need to do a forgotten password to get their new password.